Patrick Nicholas took over as Director of Volleyball in the spring of 2019. He will serve as head coach for the indoor squad and oversee the development of the new beach volleyball program. He has most recently been with the Upward Stars Volleyball Club in South Carolina.

Nicholas brings several years of NCAA I Head Coach experience to the position. He was the head coach at UNC Greensboro from 2009-13 and helped the Spartans to 84 wins and five straight divisional top four finishes making him at the time the winningest Division I volleyball coach at UNCG in the SoCon era. Nicholas was also the head coach at Troy and Lehigh, while serving as an assistant at Marshall, Ohio State, Purdue, FIU, and the U.S Naval Academy.

Nicholas has been with the Upward Stars Upstate Volleyball Club since 2015. He has been the head coach of the sand program and assisted with the top club teams at 18’s and 13’s. In addition, he has run the High Performance Training Volleyball School, training athletes in both indoor and beach volleyball. In addition, he has coached with Florida Sun’s VBC, Austin Juniors VBC, River Cities VBC (San Antonio, TX), River City VBC (Huntington, WV), LAVA VBC (West Lafayette, IN) and CUVC (Charlotte, NC).

As an assistant at Marshall, Nicholas served as the recruiting coordinator as the Herd claimed the 2007 Conference USA Regular Season Championship. His Troy squad posted the most wins during its Division I era and he compiled a 121-92 mark in seven winning seasons at Lehigh University. In 1997, Lehigh claimed the Patriot League Tournament and won an NCAA Tournament play-in match to advance to it’s first-ever NCAA Tournament appearance.

Nicholas played volleyball at George Mason University as the Patriots earned their first-ever Top 10 National Ranking and was conference tournament finalists in 1983. Graduating in 1986 with a degree in parks, recreation and leisure studies, he served as an assistant coach at GMU during their first two NCAA Final Four runs.

While at the Naval Academy, Nicholas began coaching women’s volleyball in 1992 as an assistant. He would serve as Technical Assistant Coach/internship with the USA Women’s National Team in 1993-94 before joining the staff at Purdue. In 1995, Nicholas moved to Ohio State and assisted for two years for the Big 10 runner-up and nationally ranked Top Ten team. He then took the head coaching spot at Lehigh in 1997 where he became the all-time winningest coach.

Nicholas has worked 13 plus years with the USA Volleyball National Teams, High Performance Programs and other Development Programs.  He assisted in launching the USA Volleyball High Performance Programs in 1997 working as On-Site Director, Coordinator and Evaluator for the Girl’s Junior National Team, Girl’s Youth National Team and the Girl’s 14 & Under Training Team/Camp. In addition, he served in the same capacity for the Boy’s Junior National Teams, Boy’s Youth National Teams and the Boy’s 16 & Under Training Team/Camp.  He was the Head Coach for the USA Girl’s 14 & Under Team/Training Camp from 1997-2000, charged with training and developing future Olympians which culminated in 2000 winning a Silver Medal at the 2000 World Youth Games.  In addition, Nicholas traveled to Italy as Assistant Coach with the USA Boy’s Youth National Team in 1997 competing in a World Junior International Tournament.

While in North Carolina, Nicholas served as Head Coach of the Carolina Region Girl’s 14 & Under Team in 2011 and in 2012 earning a top ten finish.  In 2013 as Head Coach of the Carolina Region Youth Team they earned the Bronze Medal at the USA High Performance National Championships. Nicholas has also worked with the National A-2 team for a couple of summers an traveled to the Dominican Republic as Assistant Coach and Interim Head Coach in 2001 and was an evaluator for the USA Women’s National Team in 2013.

Catherine Griffith joined the Catawba Volleyball staff as an assistant in January of 2021. Griffith played both indoor and beach volleyball at the University of Louisiana at Monroe. While earning her Master’s degree she was head coach of the North East Louisiana Volleyball Club.

At ULM, Griffith set the all-time record with 71 beach wins, including record streaks of 15 in a row. She was a qualifier for the USA Volleyball Collegiate Beach Championships in both 2018 and 2019 as well as being an AVCA Top Flight Award Winner both years.

Griffith graduated from the ULM College of Business in 2019 with a degree in risk management and insurance. She earned her MBA at ULM in 2020.

At St. David’s High School in Raleigh, N.C., Griffith was conference Player of the Year as a senior. She twice earned All-State honors and helped St. David’s to state titles in 2011 and 2012. 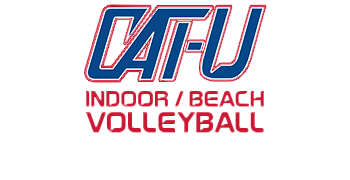 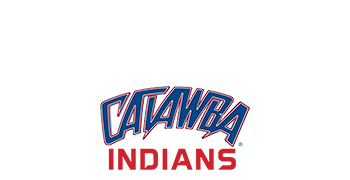